This building dates from the soldier settlement scheme set up on Flinders Island after WW2.

This was a crucial turning point in the island's history. Between 1951 and early 1960s the population more than doubled in size, as over 33,000 hectares of land was drained and cleared for farming.

The building was known as the Works Office. It was located at Summer Camp, field headquarters for the Land Settlement Scheme. From this office the Overseer issued instructions for jobs, checked each man's weekly work ticket, and authorised payment by the Pay Office.

When the last Overseer departed in 1964 the Works Office remained untouched. It was relocated to the Museum site in the 1970s and is exhibited just as it was. Items addressed to and written by the Overseer are still on the desk. 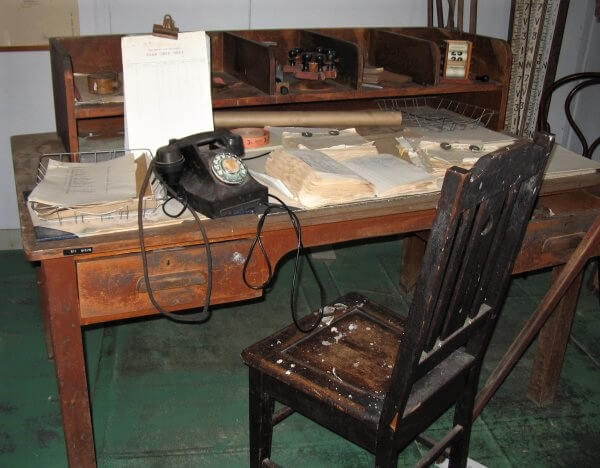 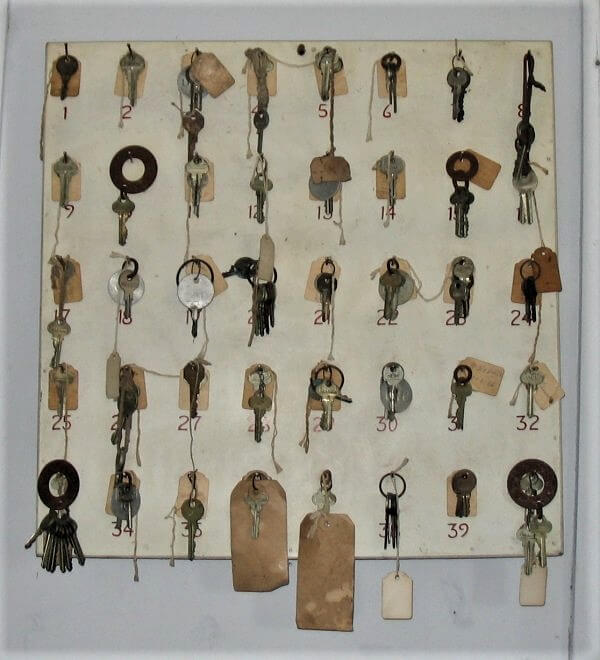 Keys still hanging on the wall