Nissen Huts were designed in 1916 for the army. They were used in both World Wars and then widely adapted for other uses.

This one comes from the WW2 soldier settlement scheme on Flinders Island. It was used as a machinery workshop at the field headquarters known as Summer Camp. It is unusual, being clad in aluminium rather than the more commonly used galvanised iron.

The Nissen Hut was acquired by the Museum in 1984 to house two large anchors and a capstan that had been recovered from the 1912 GW Wolff shipwreck. It was dismantled and put into storage while these artefacts underwent several years of conservation.

Finally a concrete slab was laid at the Museum, the exhibits were placed on it, and the hut was re-erected around them. Timber lining and insulation were added later. 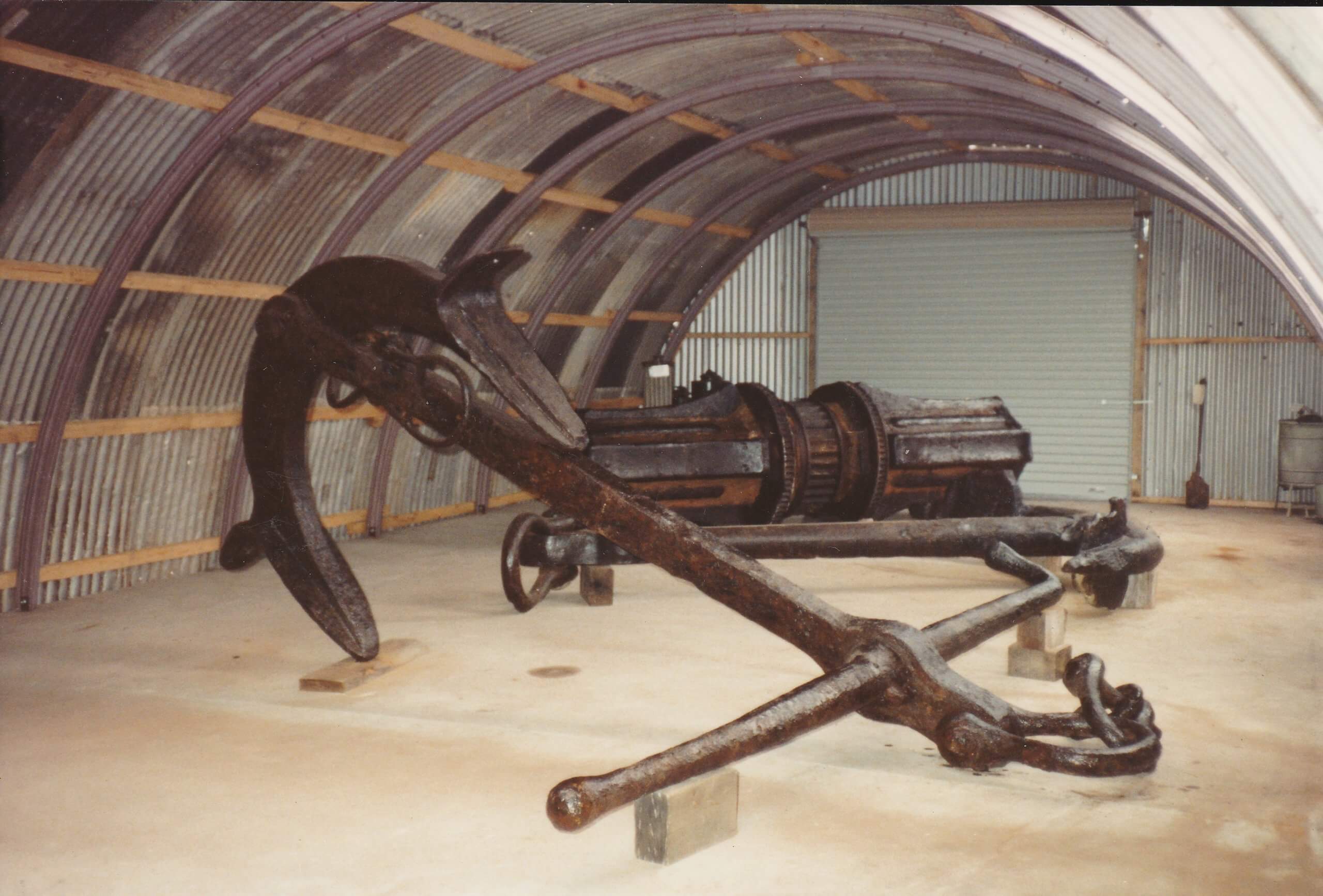 Reconstruction of the Nissen Hut at the Museum